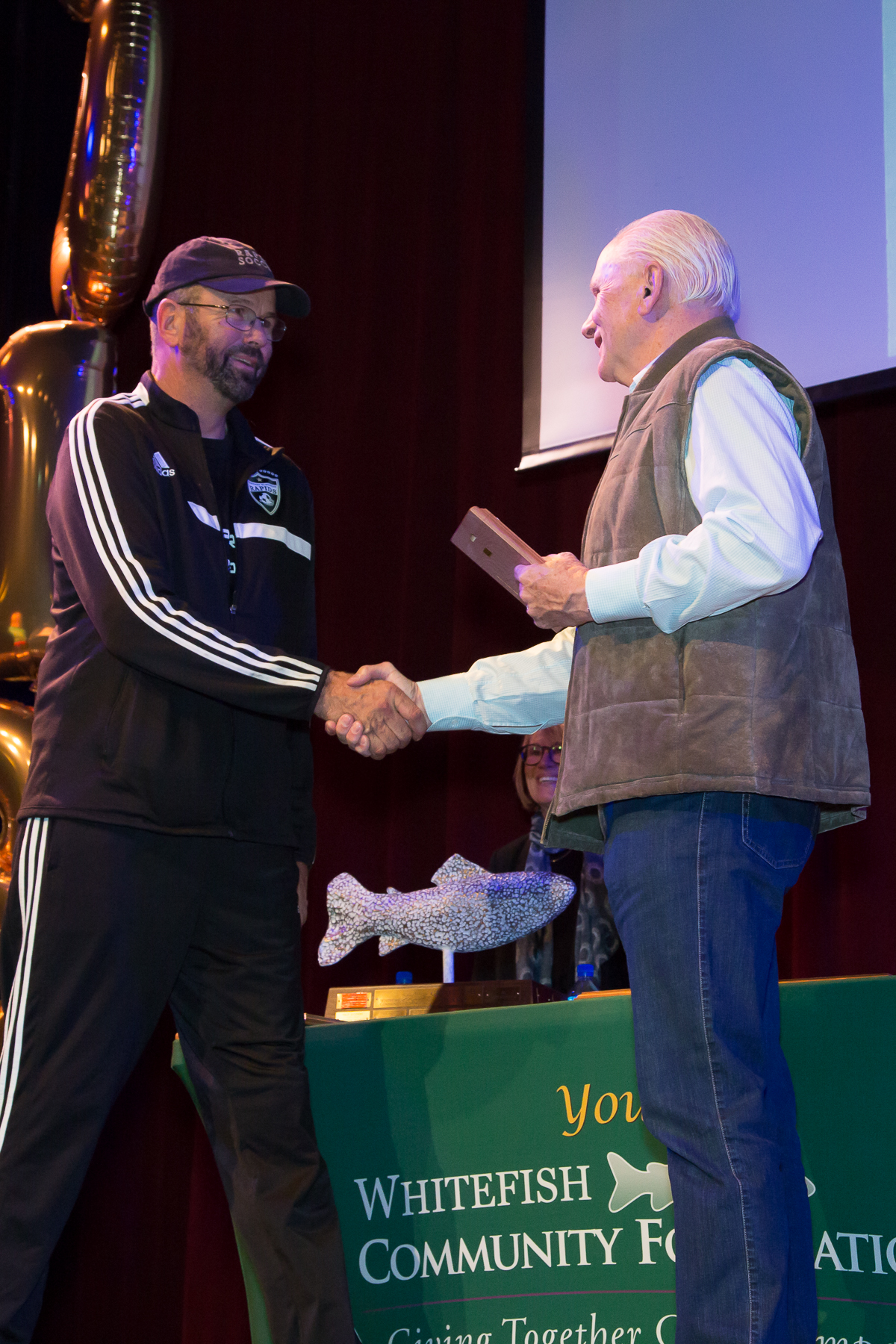 To recognize Dorie and the wonderful community spirit she embraced, the Foundation established the Doris Schumm Community Spirit Award in 2010. Each year, the Grants Committee selects the organization that will receive this award from the organizations that are involved with the Foundation and embody the community spirit Dorie valued in her own life. This special honor comes with a $2,500 grant.

Flathead Rapids Youth Soccer was presented with this award for 2018 because of  their enthusiastic participation in the  2018 Great Fish Community Challenge. They were helpful with all Great Fish Community Challenge events and went above and beyond to lend a hand. The Flathead Rapids are a great example of how a small organization can further their success in the campaign with ample enthusiasm and hard work. 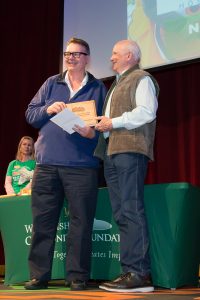 Russ and Mary Jane Street were early settlers to Whitefish, and helped grow our town into the wonderful community it is today. Together they opened Streets Grocery in 1947. In the 1950’s, they started Alpine Spice, and in the 60’s they developed Bay Point Cabins and Resort. They were on the original Board of Directors charged with managing Big Mountain Resort and were both part of the original dirty dozen who started the Whitefish Winter Carnival. Additionally, Russ was a volunteer firefighter from 1950 through 1970. Russ passed away in 1995 and Mary Jane in 2012.In 2002, Mary Jane Street set up a charitable remainder trust and selected Whitefish Community Foundation as the beneficiary. Mike Jenson, one of the original founders of the Community Foundation and the nephew of Mary Jane said, “Russ and Mary Jane’s early pride in Whitefish and their efforts to help build our community will continue with this bequest. I believe they would be happy knowing they will continue to be a part of that effort through the Whitefish Community Foundation.” In 2014, the Board of Directors for the Whitefish Community Foundation established the Russ and Mary Jane Street Community Service Award. Each year, this special award, which comes with a $2,500 grant, will recognize the important work the selected organization provides to the community and that honors the spirit of the Street’s support of our community.

The 2018 Russ and Mary Jane Street Award was presented to the North Valley Hospital Foundation for their community-minded projects and efforts to cross-pollinate during the Great Fish Community Challenge. The hospital hosted nonprofit booths as a means of helping all Great Fish Community Challenge nonprofits to gain extra face time with our community. 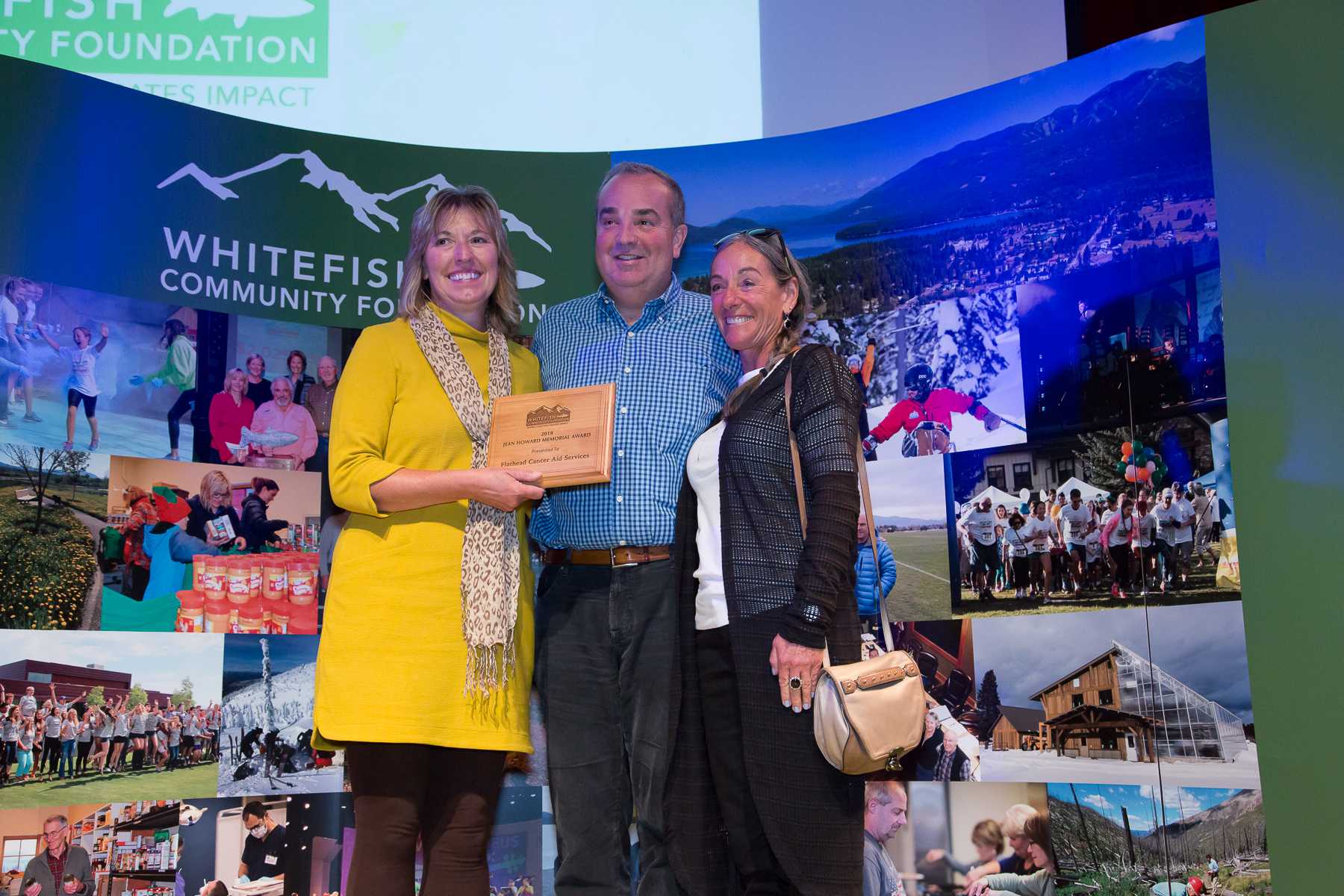 On June 6, 2016, Jean Howard of Coto de Caza, California passed away after a long battle with ovarian cancer. Jean and her husband Bill had been part-year residents of Whitefish since 1993. Bill was on the Whitefish Community Foundation Advisory Council and today is Emeritus to the Foundation. 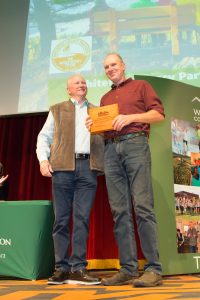 WCF Board Chair, Ken Wessels present the Biggest Catch Award to Mike Jopek, Presiden of the Whitefish Legacy Partners Board. 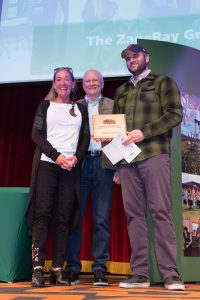 The idea behind the Corporate Citizenship Award is to get more businesses involved with encouraging employee giving through the Challenge. The ZaneRay Group matched their employees’ gifts dollar for dollar every time an employee donated and also helped us through a few website hiccups! The ZaneRay employee matching program sets a wonderful example of how corporations can support their communities and incentivize their employees to make a difference for all of us. Congratulations to Flathead Cancer Aid Services, who was selected to receive ZaneRay’s $2,500 Designated Grant! 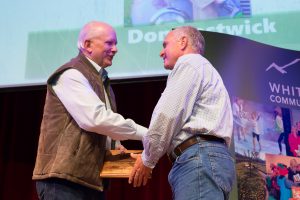 Don Bestwick was chosen as the recipient for this year’s Exceptional Volunteer Award. Don has been chairing the color booths committee since the Color Run began. Don has proven to be a reliable and consistent helping hand for our community and for the Whitefish Community Foundation. He has been on the Board for Project Whitefish Kids since its inception, has been a longtime volunteer and current board member of the North Valley food Bank, volunteers with Shepherd’s Hand Free Clinic, and received the Spirit of Whitefish Award from Whitefish Rotary in 2015. Congratulations to Don Bestwick for winning the Exceptional Volunteer Award. In honor of this award, the Community Foundation is awarding a designated grant to the charity of Don’s choice. Don is directing his Designated Grant of $2,500 to the Abbie Shelter.