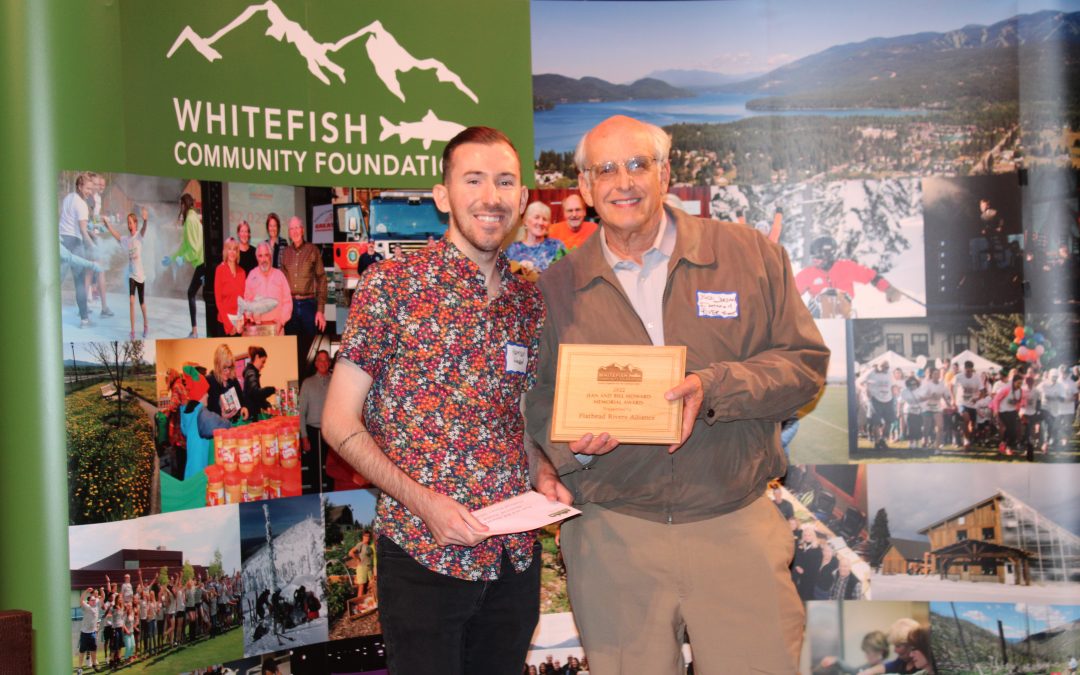 Flathead Rivers Alliance received the Jean and Bill Howard Memorial Award and an accompanying $5,000 grant for the organization’s work to preserve the Flathead River system. Harrison Howard, grandson of Jean and Bill, announced the award at Whitefish Community Foundation’s Community Grant Awards Presentation on June 7. Harrison and several other members of the Howard family traveled to Whitefish from across the country to attend the event and celebrate the lives of Jean and Bill, both of whom enjoyed recreating with family and friends on the Flathead River.

When Jean passed away in 2016, Bill established the Jean Howard Memorial Award in her honor, a special award accompanied by a $5,000 grant that is presented annually to a Flathead Valley nonprofit selected by the Howard family.  Bill passed away on January 10, 2022, and the award was renamed to honor the couple.