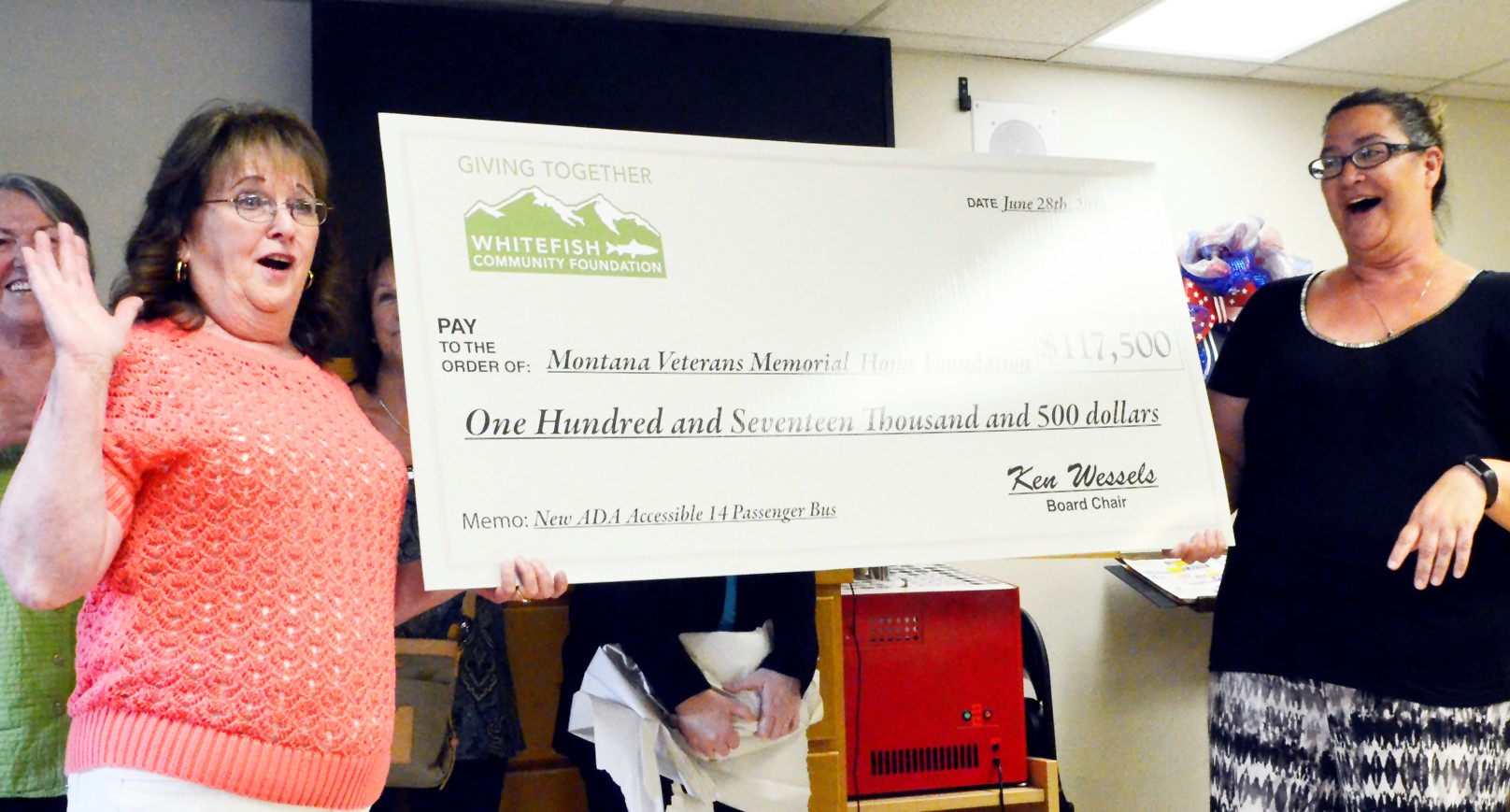 The Veterans Home’s older 12 passenger bus is used to transport residents to a variety of off-site activities and excursions. It is heavily used for trips all year and it has been breaking down a lot. Longtime Montana Veterans Home volunteer Dianna Bennett decided to lead the effort to raise the funding for a new bus.

When donors of Whitefish Community Foundation read about the campaign to raise funds for the new bus, they decided this was a project with serious merit and put out a challenge to other donors within the Foundation to raise the funds. In the end, Whitefish Community Foundation awarded $25,000 to help match funds from seven Donor Advised Funds. Donors include Ardy and Steve Whisler, Janna and Jamie Shennan, Byrdie and Ken Wessels, Carol and Richard Atkinson, John Kramer, Bill and Betsy Bayne and an anonymous donor, to award a total of $117,500 for the bus. Bennett’s fundraiser brought in $20,000 which will make the new $135,000, 14 passenger and wheelchair-accessible bus a reality for the veterans.

It is thanks to the Circle of Giving that the Community Foundation’s grant programs have grown considerably and are able to make major grants that have serious impact on our community. Donors to the Circle give a minimum of $5,000 annually, with some giving as much as $40,000. The Major Community Project Grant Award to the Montana Veterans Memorial Foundation brings the number of major grants presented since the program began in 2010 to 15. The Community Foundation has awarded a total of $418,600 through this program, with awards ranging from $20,000 to $38,000.

Find out more about our Grant Programs HERE.